Improve Your Skills at the 2022 SVHS Camp of Champions

Take your game to the next level this Summer!

Whether you’re a beginner or a serious athlete, the SVHS Camp of Champions offers all students an opportunity to enhance your athletic potential. Based on last year’s participation, the camps are expected to reach capacity quickly. Sign-up now! Camps will include:

From the Field to the Court: Interactive, Instructional and Fun!

Our programs are instructional, providing students a safe and structured environment.

The SVHS athletic camps focus on skill building in key sports on the field and court as well as general athletic development. Skills instruction and drills will focus on improving each individual’s strength, agility and endurance on the field.  Our elite coaching team will also provide important information to help young athletes understand the basics of sports nutrition and how to reduce injuries during on-the- field play.

For visual and performing arts camps, this promises to be a fun time of creating art, exploring, performing and making new friends.  The ceramics instructor is SVHS faculty member Evan Hobart who has taught ceramics at a number of Northern California colleges and universities.  The drama camp instructor is SVHS faculty member Juliet Noonan who previously was the Education Director at 6th Playhouse in Santa Rosa.

Boys & girls welcome for all camps. 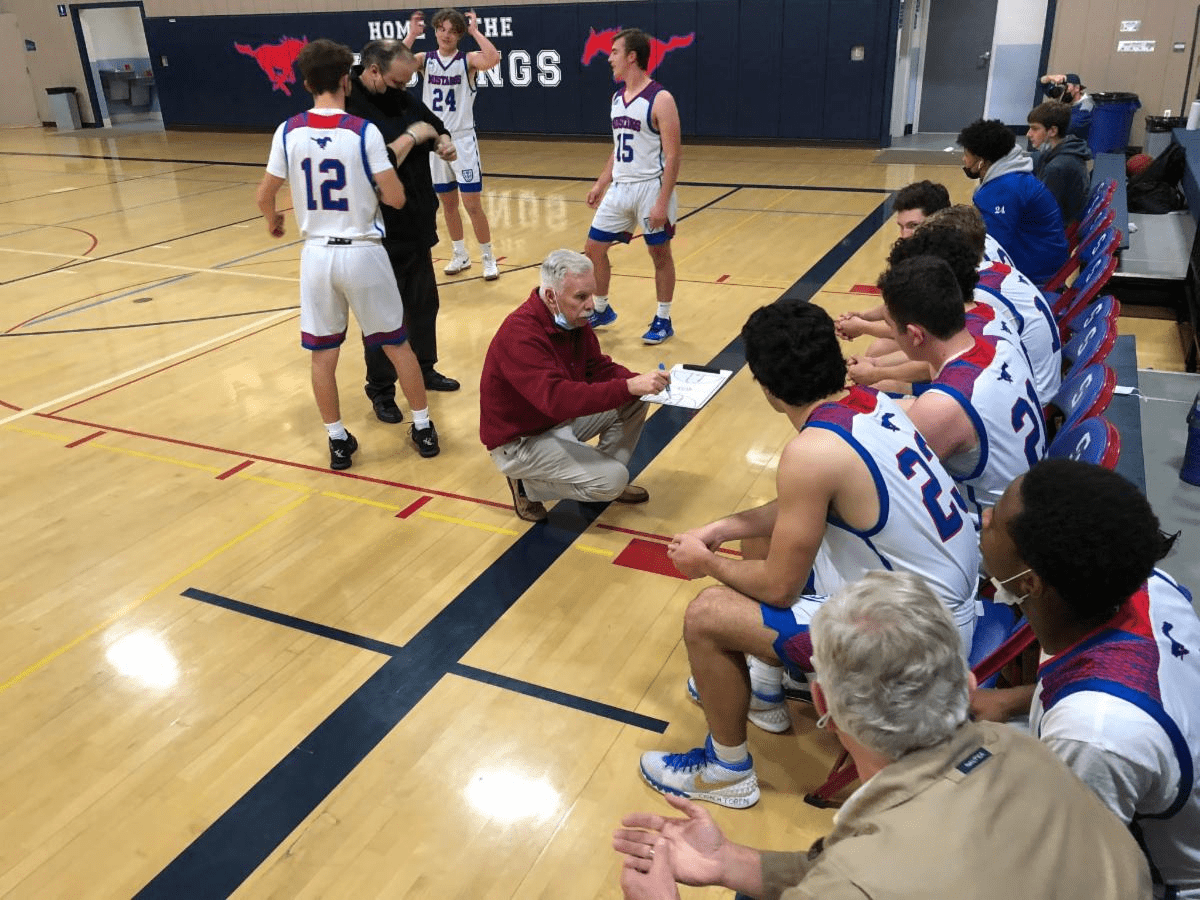 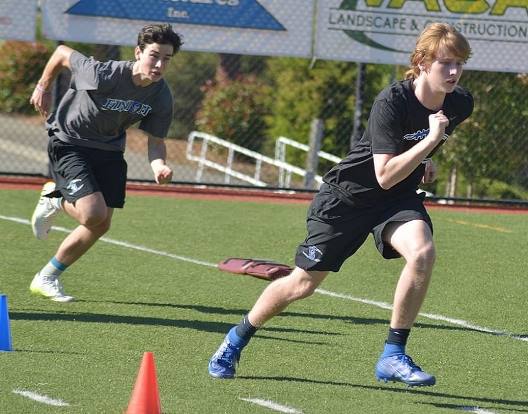 This fun and interactive experience is geared to meet the widest range of needs for our athletes. Whether you’re a beginner or looking to elevate your game and enhance your athletic potential, this camp is for you. The skills and drills taught in this camp will improve your functional strength, speed, agility, quickness and power while reducing the risk of sports-related injuries.

Campers will be guided and trained by Cameron Eisenhauer, SVHS Strength & Conditioning Coach and Northern State University Football alumnus and his team of professional athletic trainers.

Led by the St. Vincent’s Head Varsity football coach Trent Herzog and his Championship Mustang Varsity staff, camps will emphasize fundamentals with specifics for each position.  There will be guest speakers each day including college coaches along with college and former NFL players. 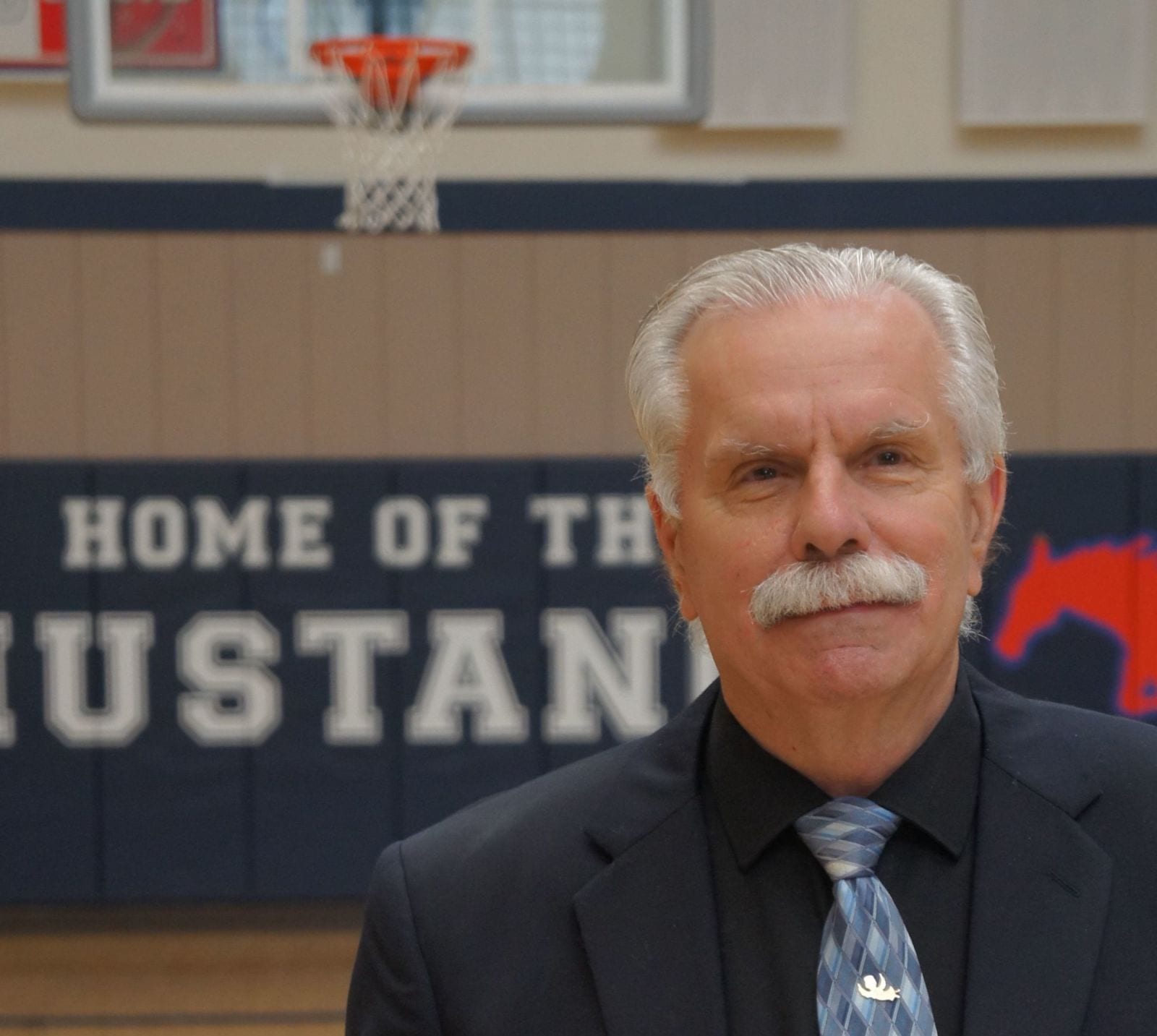 Our camp will focus on footwork, passing, shooting, defensive fundamentals, sliding and the four phases of defense.  We will provide additional instruction in post moves, attacking the basket, decision-making and moving without the ball.  A critical component of our camps include explanation and application of the rules. Each session is limited to 30 athletes. 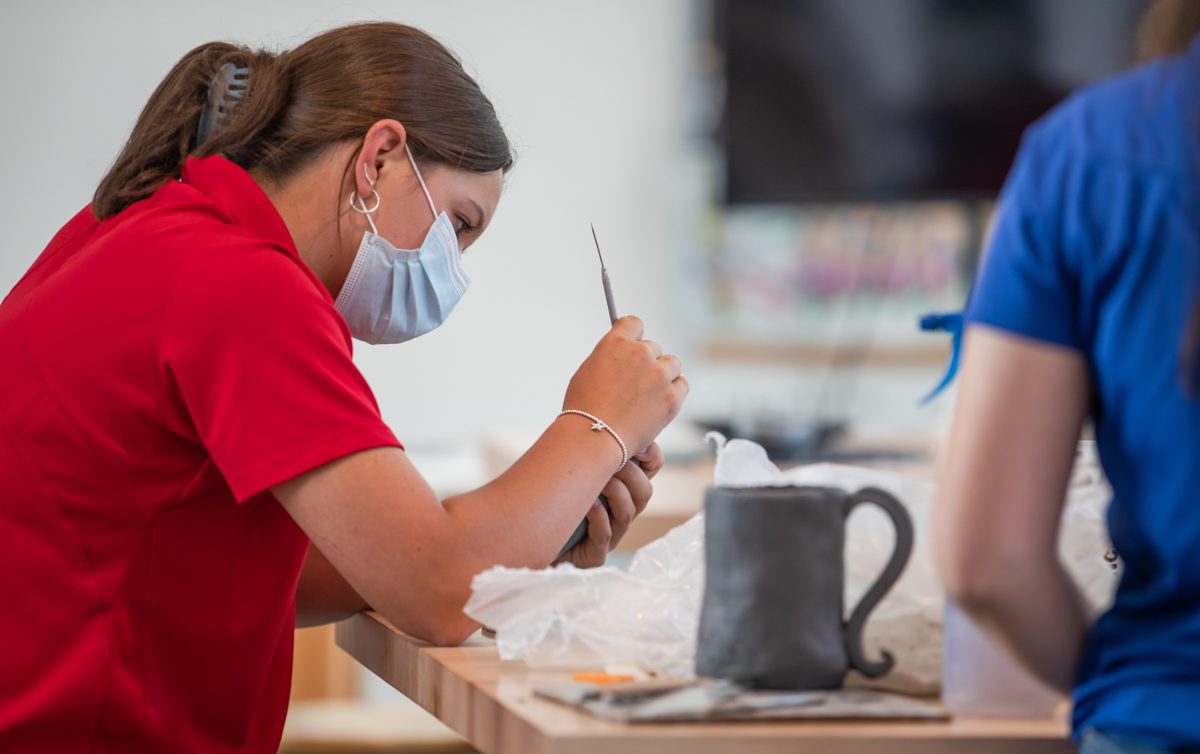 Ceramics | Join SVHS faculty member Mr. Evan Hobart and learn about the wonderful world of ceramics. In this 6 day program that spans over two weeks, students will learn various hand building and pottery techniques. Students will also be exposed to glazing and firing their ceramic works. Some fun and basic drawing techniques will also be taught in the camp as well. This promises to be a fun time of creating art and making new friends.

Drama | will be directed by our Drama instructor, Juliet Noonan who has been teaching theater students for close to 20 years and worked with a range of age groups from K-12 to college within private and public education. Previously, Juliet was the Education Director at 6th Playhouse in Santa Rosa where she taught and directed plays for seven years. In addition to her teaching expertise, Ms. Noonan is an accomplished actress who has worked for several theatre companies in the Bay Area.

Drama Camp 2 – Shakespeare Camp:  Learn what it takes to train as an actor through movement, vocal and subtext work…and explore the life and times of the “Bard”.

Led by Karina Martin Sundberg, the volleyball camps this summer will focus on improving on basic skills, explosive footwork and bringing each athlete’s game to a higher level. Prior to arriving at St. Vincent de Paul High School, Karina worked as the Head Strength and Conditioning Coach and Assistant Volleyball Coach at College of Marin.  She has 10 years of experience as a volleyball player, playing professionally in Brazil.  She played at the Division 1 level at Fresno State where she also earned a degree in Kinesiology & Physical Education. 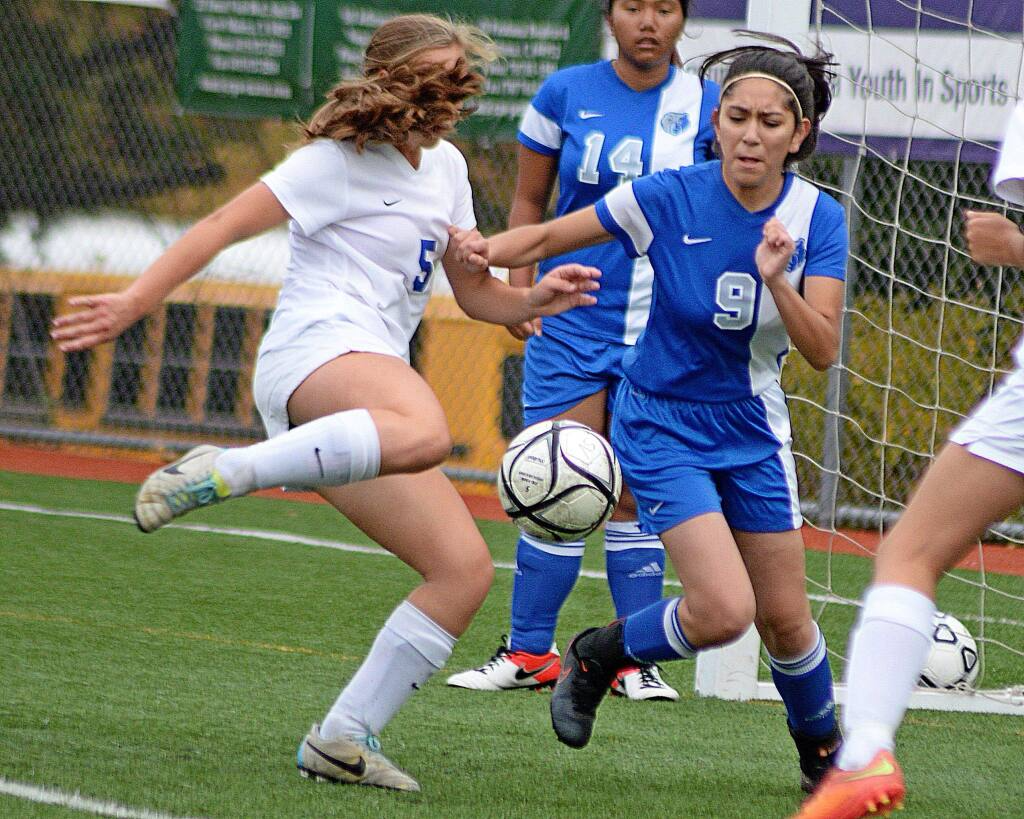 Campers will enjoy conditioning, agility and strength drills and one-one-one soccer skills instruction.  There will be no games or scrimmages.  Whether your player is a beginner or looking to elevate his or her game, this camp will provide both the physical outlet and specialized advice only experience can provide. For boys & girls currently in 3rd thru 8th grade.

Campers will be guided and trained by Michael Briceño, owner of the Briceño Soccer Club and Head Coach of Men’s and Women’s Soccer at St. Vincent de Paul.  Michael has been coaching soccer for over 25 years and played internationally, including the U23 US Men’s team.  He will be supported by a professional staff including Briceño Soccer Club staff. 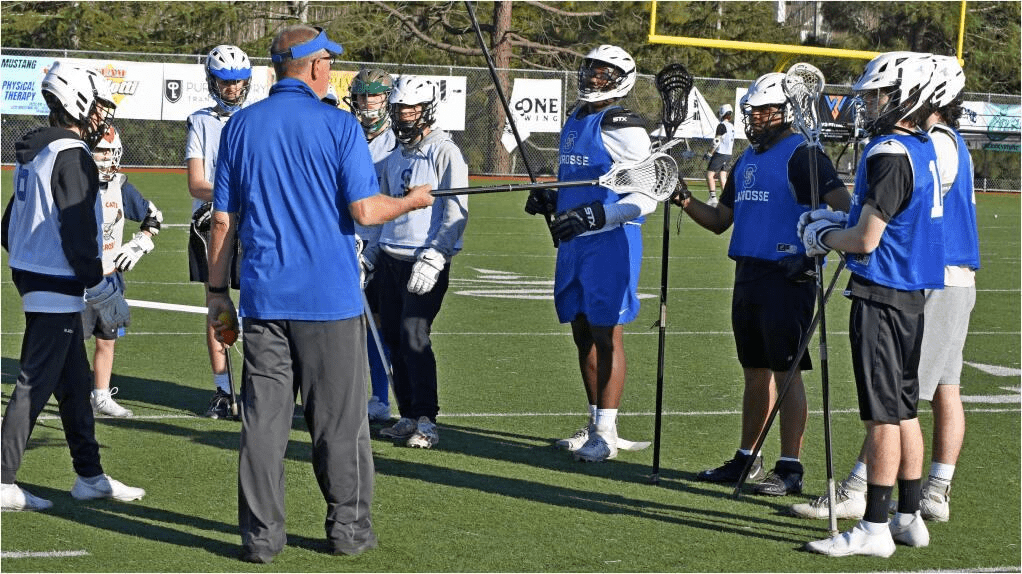 Coordinated by Ed Evans, the head lacrosse coach for St. Vincent de Paul High School.  (Read more about Coach Evans here).  A focus on fundamentals; catching, passing and scooping.  Building lacrosse IQ by explaining the why(s) and how(s) of what we practice.  We will emphasize stick skills and movement not physical contact.

This fun and interactive experience is geared to meet the widest range of needs for our athletes. Whether you’re a beginner or looking to elevate your game and enhance your athletic potential, this camp is for you. 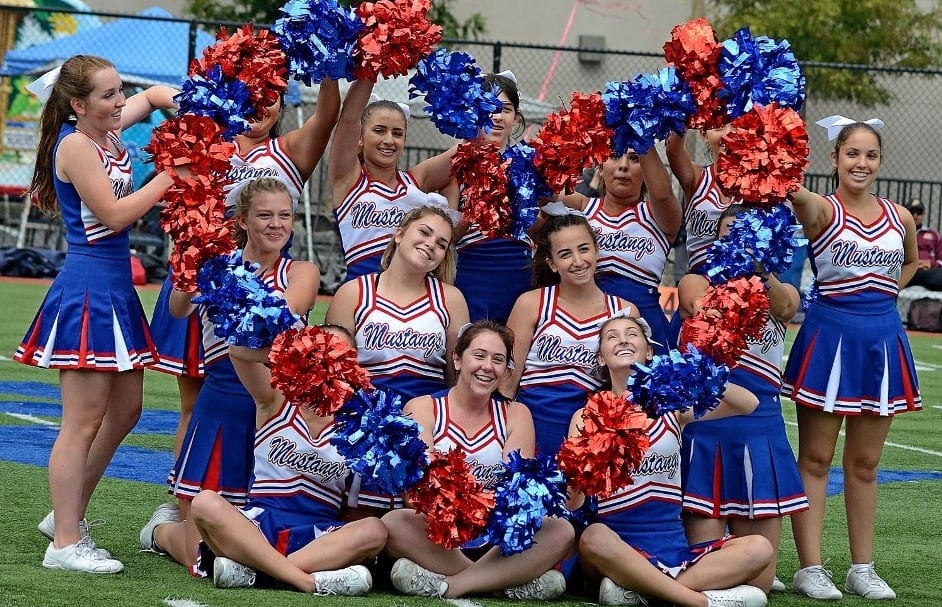 This annual Cheer Camp for kids is hosted by the Mustang Cheer team and their coaches.  Campers will be given many opportunities to develop cheer skills including basic stunting and dance routines with the ability to practice them in a group formation. Each day ends with a special performance for the family to watch the campers and cheer squads demonstrate what they have learned.

How do you decide which types of camps are offered from year to year? Are the programs co-ed?

Yes, our programs are co-ed unless specifically noted.

The decisions about constructing camp offerings are determined by a variety of factors.  First and foremost, our ability to secure the highest quality instruction in a specific area because we intend for our programs to be the highest quality offering in our area.  Second, we want to offer a mix of camps for children of many age groups that are a good compliment to one another.  Also, we certainly do not simply want the same programs every summer.  Finally, we do listen to input from parents and student-athletes to gauge the interest level in our community.

My child has never played this sport; will they feel out of place?

The SVHS Camp of Champions tailors its programs to introductory, intermediate and more advanced players. Groups will be divided by age and then by ability. Fun and enjoyment are priorities in our programs.  Unless otherwise noted, the emphasis is on learning skills and techniques in a low pressure, appropriately competitive environment.

What is the refund policy? How is this impacted if government guidance disallows this type of activitiy?

Our camps are lead by our experienced and professional instructors and coaches and fill up quickly, so register your student now!  If for any reason, a camp is not allowed or is cancelled; you will receive a full and immediate refund.
For assistance please contact:
Cameron Eisenhauer
Director, Camp of Champions
ceisenhauer@svhs-pet.org
Sign Up!
Page load link
Go to Top