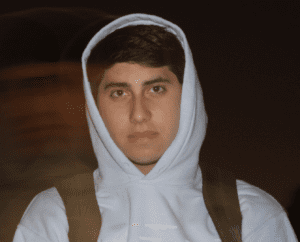 Adam attended Twin Hills Charter Middle School in Sebastopol and chose to attend St. Vincent de Paul High School because of “the small school atmosphere.”  Following in the footsteps of his sister Nicole, alumna from the Class of 2010 and member of the nationally-ranked debate team, he knew the school was academically challenging.  The students were spirited, motivated and many went on to competitive colleges and successful careers.

St. Vincent’s is a place where you can be yourself.  Many feel obligated to join the debate team, become a multi-sport athlete or earn the highest GPA with a full slate of Honors and AP classes.  Not Adam.  During his time at St. Vincent’s, he enjoyed that he could come to school everyday without many of the usual social pressures in high school.  “I didn’t feel that I ever needed to fake myself,” he revealed.  “My peers supported me as a person, my unique aspirations and that gave me the confidence to pursue music.”  Along the way, he became one of the most well-liked, and likable, students on campus.

THE MUSIC IN ME

Adam broke into the music scene in 2018 with his unique brand of R&B.  He dropped a handful of singles but in 2019 he released a full-length album and collaborated with popular dance music artist, Justice Skolnick.  You will find his music on Spotify and Apple Music but we have included a few songs here:

BONDS THAT WILL LAST A LIFETIME

Adam identified that Mr. Vela, now in his 12th year teaching at St. Vincent’s, as his most impactful teacher.  He shared that Mr. Vela “is the most passionate human being when it comes to his subject area. The energy he creates in his classroom is incredible and he goes the extra mile to make sure his students are successful.”

Mr. Vela shared his thoughts on recent graduate, Adam Gokcebay.  “I loved his positive energy in class and around campus.  Adam made singing songs in class so much fun because of his enthusiasm for music.  He has an incredible voice and sense of rhythm.”  He continued, “Adam would always greet me in the hallway, enjoyed being at school and around his friends. I love that St. Vincent’s was the place where he wanted to be…” 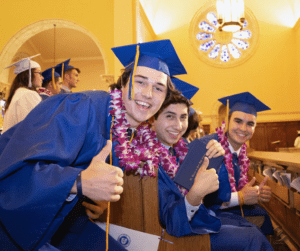 Adam selected George Washington University because of its location in Washington, D.C.  He is studying Business Administration with a focus in Marketing…he has always been a bit of an entrepreneur.  After college, his aspirations are to become a full time musician (writer, singer and producer) and to run his own business.

His advice to incoming students is to “Be yourself and get involved in things that interest you. You can create bonds that will last a lifetime at St. Vincent’s.”  He credits the St. Vincent’s community for supporting his aspirations and pushing him to continue to pursue music.

Adam made a big impact on the campus and among his peers over his four years at St. Vincent de Paul High School.  We miss his positive attitude and infectious smile…we wish him well in college and beyond.  We are honored to feature him as one of the outstanding students from our Class of 2019.