Ken Blake | Taking Debate to the Next Level

Ken Blake | Taking Debate to the Next Level

In high school, debate teams build the reasoning and argumentation skills needed to be effective in the real world.  Persuasion, argumentation or trial are useful methods that our society utilizes to resolve conflict.  Enter Kenneth Blake from the Kings County District Attorney’s office; more commonly known as Brooklyn, New York.  Mr. Blake takes the reins of the most decorated debate team in the North Bay, consistently ranked in the Top 20 in the nation among all schools. 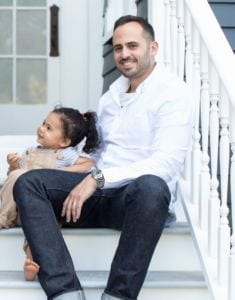 High school debate competitions have devolved into high speed, endurance events.  For example, the technique of “spreading,” where debaters speak as fast as possible, emphasizes quantity over quality.  Unfortunately, this technique has infected most formal debate competitions and rendered the exercise less valuable in an educational setting or in endeavors beyond academics.

With the arrival in 2018 of Principal Patrick W. Daly, the school has committed to drive increasing excellence across all of its academic, athletic and co-curricular programs.  After years of success and accolades on the national stage with traditional debate, St. Vincent de Paul High School is once again elevating its goals.  With the full-support of Mr. Daly and additional resources, Coach Blake has committed to bring the “Mock Trial” format to campus.

“Given my trial experience, it made sense for us to make this transition as a school,” Coach Blake stated.  He continued, “The mock trial experience brings unique interdisciplinary benefits to a campus and is a tremendous asset for students when applying to competitive colleges.  Moreover, the skills we will develop carry over into so many other pursuits and nurture an understanding of our judicial system that is valuable in its own right.”

Principal Daly added, “We are so fortunate to have a teacher and coach of Ken’s caliber on a high school campus.”  He continued, “Starting in the Fall, Speech will be a requirement for all incoming freshman.  All of our students will benefit from Mr. Blake’s professional experience with their speaking skills and research capabilities.  This will become increasingly important as our curriculum moves toward an interdisciplinary learning model.”

Melanie Ventilla, the Director of Academic Innovation at St. Vincent’s shared, “The advantage of a skills-based, differentiated, interdisciplinary learning model is its student centric focus on fostering the individual potential of each student.”

Originally from Long Island, New York, Mr. Blake earned a B.A. (with high honors) from Hofstra University in philosophy, a J.D. from Fordham University School of Law and was a Ph.D. candidate in philosophy at Syracuse University.  While working in the Kings County District Attorney’s Office for six years, he was a special victims prosecutor for women and children crime victims. He also worked in the appeals bureau where he drafted appellate briefs and argued before the appeals court in New York.  In addition to his Debate Coaching assignment, he will be teaching Speech & Debate, U.S. Government and Philosophy.

In addition to the rudiments of a trial, the three life skills we want students to learn are open mindedness, critical thinking and the confidence to be an independent thinker.  One cannot debate successfully without being able to see the merits of your opponent’s position. Unfortunately, this openness is rarely seen in public discourse by ignoring any evidence that does not support your pre-determined view.  This confirmation bias has caused a national stalemate as we fail to see things from perspectives different from their own.  To get beyond this impasse, the virtue of openness is invaluable. 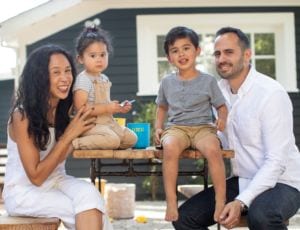 The most important skill may be within the area of critical thinking.  It is important for students to be able to quickly identify the fallacies embedded in the arguments they hear.  Once they develop this ability, whether it be on the news, on the street, or in a formal debate, faulty arguments will not make it through their cognitive net.  They will more readily recognize faulty arguments and be less susceptible to the persuasion of faulty reasoning.

Finally, we hope that our students will gain the confidence to take positions on issues that they believe in.  This is in contrast to many others who will simply accept the positions that they have been encouraged to adopt.

Mr. Blake included these revealing sentiments; “What I enjoy most about teaching in a small school is that I can really get to know my students. And because St. Vincent’s is a college preparatory school, I can simulate what their experience would be like in a college-level class.  This allows me to make the classes more intellectually rigorous than if I were required to adhere to a standard high school curriculum.”

He added, “Teaching in a Catholic school allows me to emphasize values in a more direct way.  We are tasked not only with attending to student’s academic development, but to their moral development as well.”

And finally, “The small school environment allows me to interact and build genuine relationships with the same 100 people.  It is a unique opportunity to observe humanity. What have I learned? That people are basically good…because I see so much goodness around me every day.”